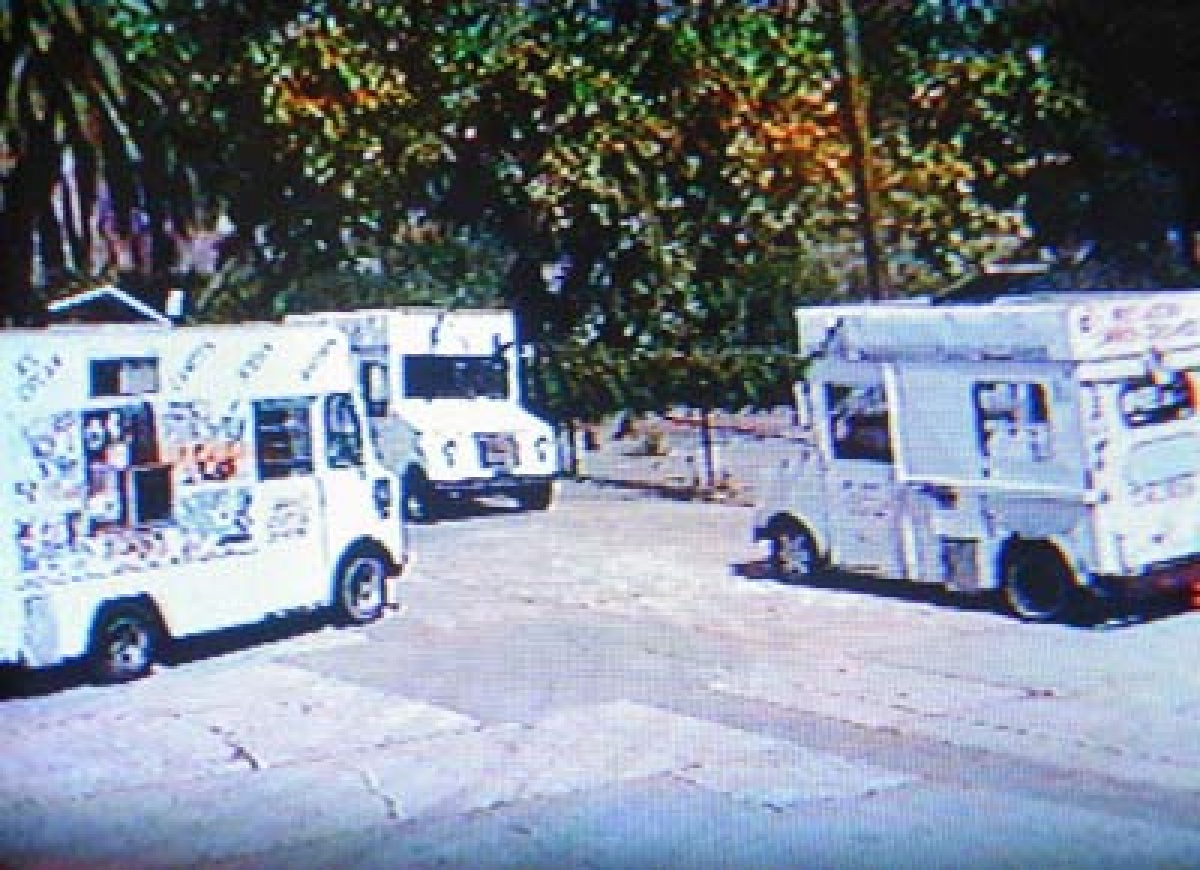 The inaugural segment of In Light will be Euan Macdonald's 3 trucks (1999). Macdonald, formerly of Toronto, now lives and works in Los Angeles, where he has enjoyed considerable international success. In 2002 he has solo exhibitions in New York, Edinburgh, Amsterdam, Dunedin, New Zealand and Sydney, Australia. He was included recently in important group exhibitions at the San Francisco Museum of Modern Art and the Montreal Biennal. 3 trucks depicts the nose-to-nose-to-nose meeting of three ice cream trucks with a resulting cacophony of different music-box jingles.

The AGO is proud to celebrate its centennial year, beginning September, 2001. The Art Gallery of Ontario's collection comprises more than 25,000 works representing 1,000 years of extraordinary European, Canadian, modern, Inuit and contemporary art. This important collection, along with the Gallery's preeminence in art education programs, makes the AGO one of Canada's most significant public resources for the advancement of the visual arts in Canada.