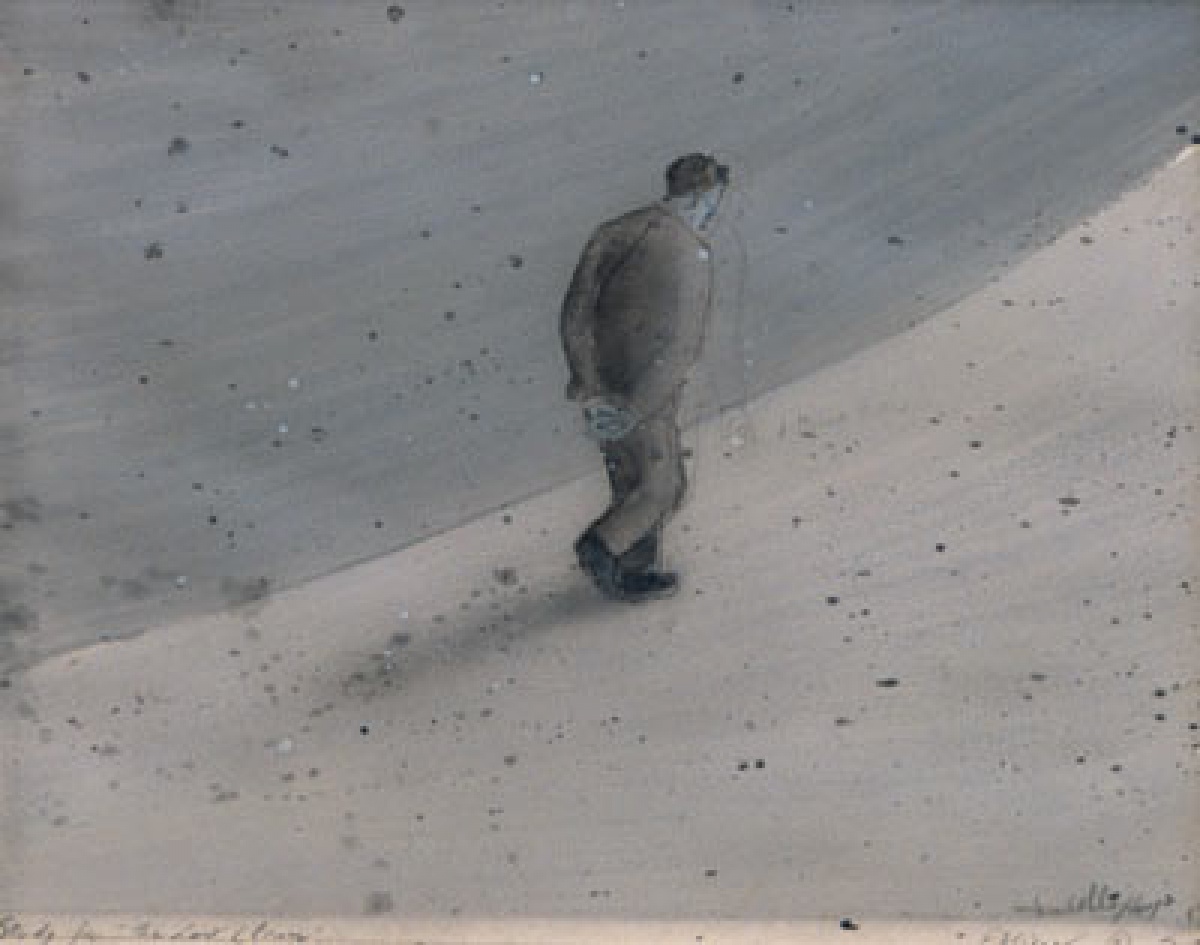 Francis Alÿs Study for The Last Clown (B&W version), 2000, animation and drawing © 2003 the Lisson Gallery and the artist.

The Last Clown, 2000, is an endless animated loop by the Belgian artist Francis Alÿs. Set to the music of Charles Mingus, a man strolls along a path, lost in his thoughts. A pratfall and a glance over his shoulder elicit laughter, after which he returns to his private world.