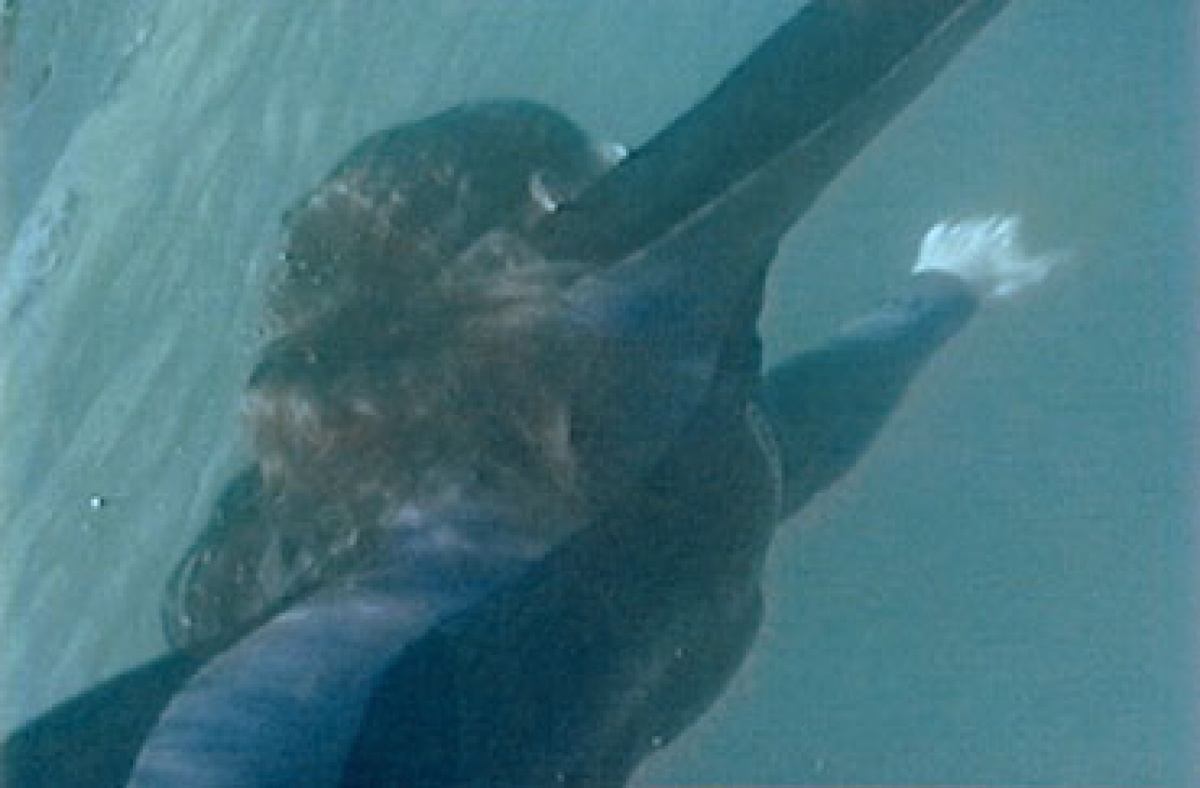 A beautiful, enigmatic video work, The Bay Model (2002) is composed of images and sounds that reach into primordial memory. Plunging beneath the surface of Georgian Bay, the artist encounters an array of clothing strewn and tethered to the shallow rock bottom, swaying in the bay currents and revealed in a cool, filtered light. But any naturalness to their movements is negated by the muffled sounds of the camera recording its own underwater operation. Lancaster, a native of Toronto now living near Seattle, brings her experience in installation and performance art to this riveting and mysterious meditation on privacy.