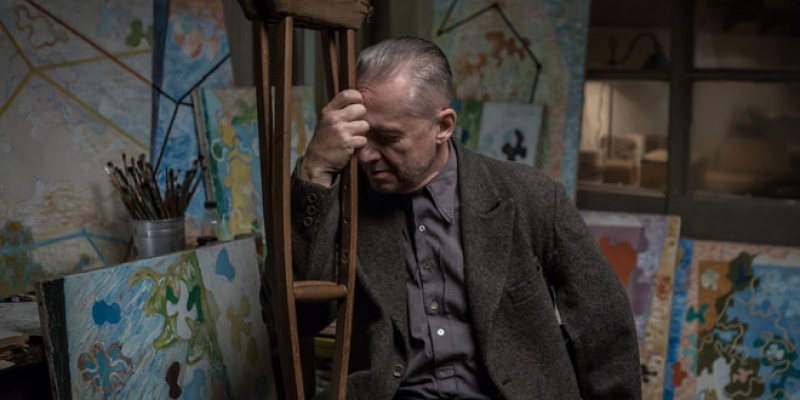 The final film directed by the Polish master Andrzej Wajda, Afterimage tells the story of avant-garde painter Władysław Strzemiński (1893-1952) and his efforts to resist the socialist realism being ruthlessly enforced by Communist regime in the post-war Poland. Strzemiński thrived in the early 20th century as a leader of the Soviet-spawned Constructivist avant-garde movement. The film concentrates on the embattled last four years of his life, starting with his vocal rejection of the Stalinist crackdown on abstract, formalist art in favour of a strict code of socialist realist propaganda. The tragic consequences of a struggle for artistic freedom in the totalitarian system of power unfold slowly at first, but gradually lead a charismatic, defiant man into the abyss.

“A tribute from one dissident artist to another” — LA Times

“Afterimage blazes with energy, passion, and controlled fury as it follows the life of a man who refuses to bend to official ideology, even when it threatens his very existence.” — Piers Handling, TIFF