This is a free event
Performance

In a time of global political uprisings, we have had to learn to self-isolate and maintain physical distance from one another. Faced with a global pandemic, we have had to re-imagine the ways that we gather, protest and how we achieve critical mass. The Left Space is a new digital commission by internationally renowned artist Brendan Fernandes, created specifically for this moment in time and for the AGO, that considers how we, the global left, have found ourselves in this predicament.

Developed and choreographed for webcam and the grid formation of Zoom, custom backdrops by graphic designer Jerome Harris and on-and-off camera sequences will intervene and aesthetically connect a team of dancers from Hit and Run Productions performing from their homes around the world, with a score by DJ Karsten Sollors. Reaching out and signaling to one another with the choreography and engaging with protest slogans incorporated into each’s changing background, the performers and audiences will question the potential for online platforms to re-create the social solidarity experienced in physical gatherings.

The performance will be followed by an interview between the artist and Bojana Stancic, AGO Assistant Curator, Live Projects and Performance.

Brendan Fernandes (b. 1979, Nairobi, Kenya) is an internationally recognized Canadian artist working at the intersection of dance and visual arts. Currently based out of Chicago, Brendan’s projects address issues of race, queer culture, migration, protest and other forms of collective movement. Always seeking to create new spaces and new forms of agency, and always rooted in collaboration and fostering solidarity.

Hit and Run Dance Productions’s Jennifer Nichols and Anisa Tejpar have been choreographing together since 2004 and have developed their repertoire and signature style by bridging classical and contemporary dance. They have created works for both stage and screen, and have expanded the possibilities of presenting dance and performative movement in alternative contexts. Inspired by the vibrancy of Toronto and the limitless possibilities of its arts scene, they work closely with clients to ensure their vision is realized.

Chicago-based Canadian born Karsten Sollors is a full-time electronic music Producer/DJ with over 50 commercially released originals and remixes, and numerous top 10 and top 100 charting tracks. Karsten is an internationally touring DJ, headlining shows across the Americas, Europe and Asia. He also hosts a monthly radio show called Sollors Systems based out of the UK, on Data Transmission. Largely defined by earnest transmissions of sincere and soulful energy, perfectly balanced between underground flavour and irresistible rhythms, Karsten is a true purveyor of the genre, fusing elements of house, tech house and deep house throughout his career.

Jerome Harris is a graphic designer, curator, and educator originally from New Haven, Connecticut. His most recent project is a touring exhibition titled As, Not For: Dethroning Our Absolutes. The show is a survey of 20th-century African-American graphic designers, which challenges the history of design. Harris also maintains an ongoing recreational choreographic practice on Instagram named @32count. He is also a gamer, loves to cook, and DJs under the moniker Dj Glen Coco. He holds an MFA from Yale University in Graphic Design, and a BA from Temple University. 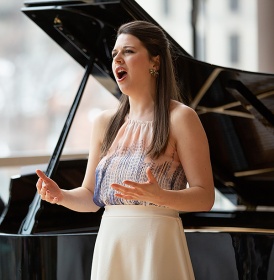 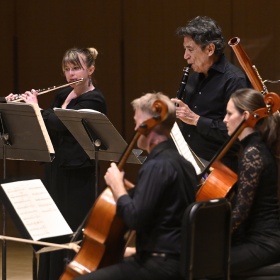 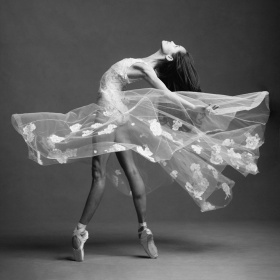 Performance
AGO Live: The National Ballet of Canada 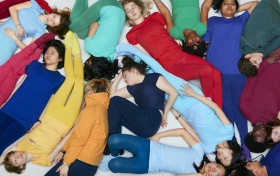 Performance
AGO Live: DJ Sets Curated by the AGO Youth