Michael Snow: Seated Figures & So Is This 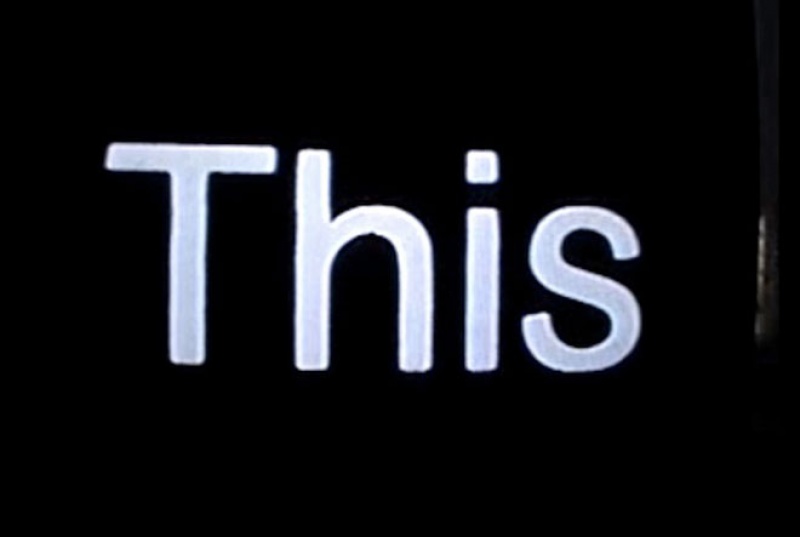 Michael Snow: Seated Figures & So Is This

Seated Figures
Michael Snow, 1988, 42min., 16mm film, colour, sound.
Seated Figures is built with images which are all variations of eight movements on the screen: moving up, down, to the left or to the right, and the four possible diagonal movements. These movements are occasionally interrupted by holds (freeze frames). All the images move parallel to the ‘picture plane’ (the screen). The artist appears to have bolted his camera, lens down, to a metal arm extending off the back of a truck (or possibly a jeep, given its maneuverability across diverse terrain), then driven over asphalt and dirt roads, out to the beach along a riverbed, and through a field of daisies. Although hypnotic, the movement is not continuous. The vehicle stops, reverses direction, then accelerates to produce a diagonally striated forcefield.

“Seated Figures is a about its audience. Not only are we sent flying face down over the earth, but Snow reverses the oldest concept in image-making - he juxtaposes our seated static figures against a constantly moving ground.” - Jim Hoberman, Village Voice

So Is This
Michael Snow, 1982, 43 min., 16mm film, colour, silent.
This film is an in between the author and you. It is communal reading. Within my work it could be described as a child of One Second in Montreal and Rameau's Nephew. – Michael Snow

“A delightful film, full of humour and sentience, it is also an odd film: a text-film, a silent black-and-white talky in colour, a self-reflexive document and a fictive construct, a non-movie that paradoxically fulfills and subverts the implications in the titles of such books as ‘The Language of Cinema’ and ‘How to Read a Film’... by a filmmaker of subtle genius.” - Michael Ethan Brodzky, Arts Canada, 1982