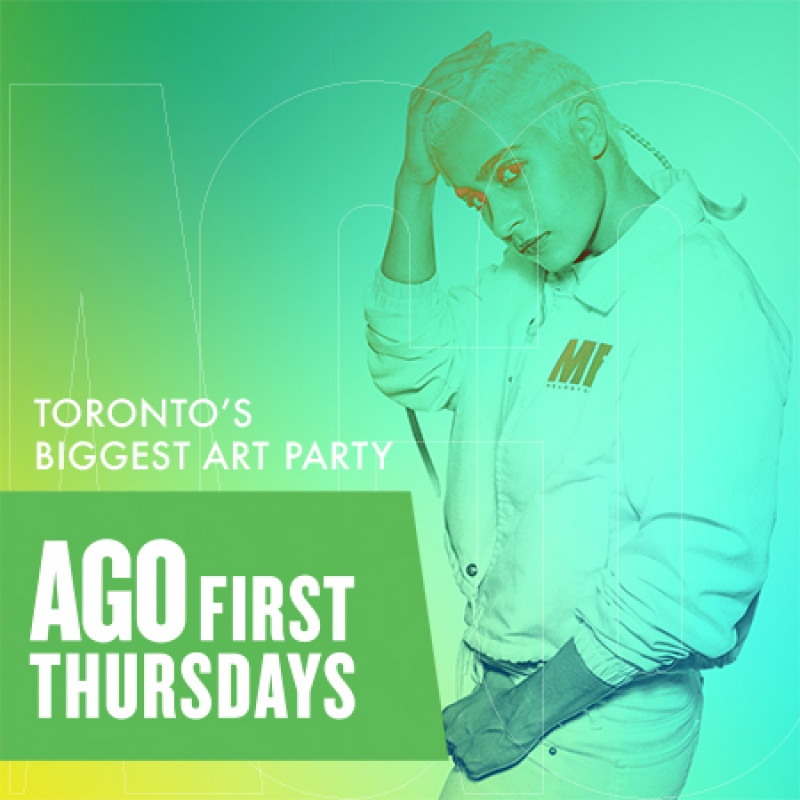 Member tickets for Anthropocene are available onsite. Simply show your membership card at the exhibition entrance.

The AGO’s new exhibition, Anthropocene by Edward Burtynsky, Jennifer Baichwal and Nicholas de Pencier, looks at human impact on our planet at a previously unregistered scale. The artists joining us for October’s First Thursday investigate similar territories, but in their own way, as spaces energized by the personal as much as the political.

Headlining this unique party on the main stage is Madame Gandhi, an electronic musician and activist who gained recognition as the former drummer for both M.I.A. and Kehlani; she’s also the iconic free-bleeding runner at the 2015 London Marathon. Madame Gandhi now writes music that elevates and celebrates the female voice with her The Future is Female campaign.

Elsewhere in the galleries, Sage Paul, artist, designer and Artistic Director of Indigenous Fashion Week Toronto, and a champion of family, sovereignty and resistance for balance, will present her response to the exhibition. While Gxxrls. a creative agency that promotes women within the creative industries through community and collaboration curates the space in Galleria Italia.  And in Baillie Court, Kaitlin Prest and CBC Podcasts launch The Shadows, which follows a young artist as she struggles to make great work and find great love.

You can always enjoy delicious food and drinks in the AGO’s Night Market, and on your way in, don’t forget to pick up a one-of-a-kind artist-designed program.