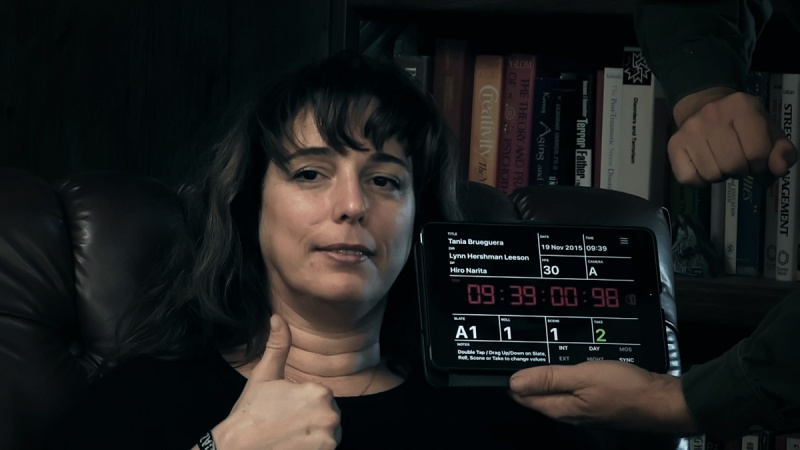 Cuban artist Tania Bruguera was arrested and accused of treason in January 2015 after she attempted to organise a performance in Havana’s Plaza de la Revolution. Cuban authorities confiscated her passport and charged her with incitement of public disorder, resistance of police and incitement to commit a crime. She was released the same month but only had her passport returned after seven months later. Since then, she has been detained by Cuban authorities on numerous occasions. In this film by Lynn Hershman Leeson, Bruguera consults Dr Frank Ochberg, a New York-based psychiatrist and trauma specialist with expertise in post-traumatic stress disorder and Stockholm Syndrome. During her conversations with her therapist she analyses the revolutionary potential of art and the effects of censorship on her work.