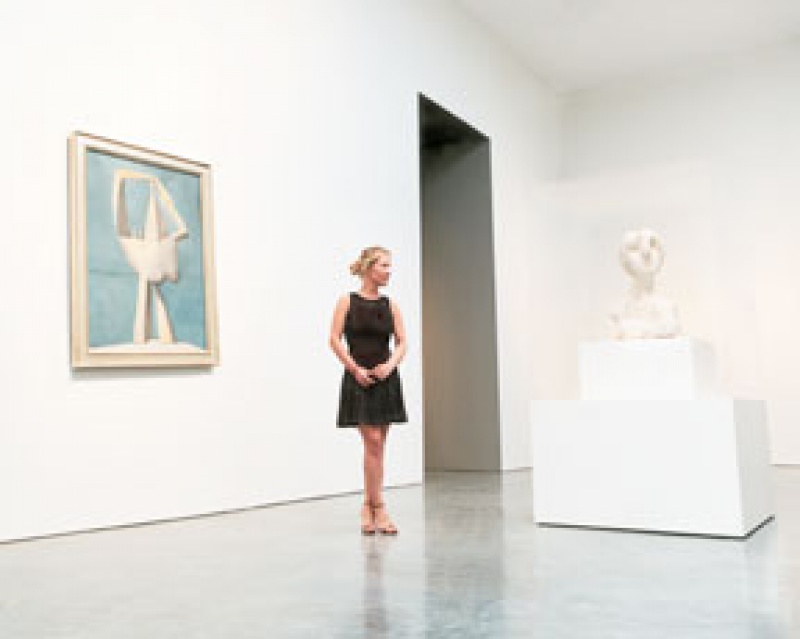 Always an explorer and an innovator, throughout the length of his career Picasso used a wide variety of materials and techniques, especially in regard to sculpture, a field in which he otherwise received no formal training. This desire for constant renewal led him to meet artists and craftsmen with whom he had fruitful exchanges, and who often helped to meet his technical demands. Diana Widmaier Picasso will discuss recent discoveries regarding the conception and design of Picasso’s sheet-metal sculptures between 1954 and 1964, with particular attention to the design influence of Toby Jellinek (Sylvette David’s artist fiancé) and Joseph-Marius Tiola (welder-locksmith). These collaborations gave birth to an exceptional series of sheet-metal sculptures that were cut out, folded, and assembled by means of welding. These sculptures illustrate the valuable and productive dialogues that emerged between the artist and the highly talented craftsman. By playing with shades of light and dark on the flat and folded surfaces of these sculptures, Picasso thus found a new focus for his reflections on and questions about both sculpture and painting.

Diana Widmaier Picasso is an art historian, specializing in modern art, currently living in New York. After a Master’s degree in private Law (Paris-Assas University) and a Master’s degree in Art History (Paris, Sorbonne University) with a thesis on the French seventeenth century art market, she decided to specialize in old master drawings. Since 2003, she has been preparing a catalogue raisonné of  Picasso’s sculptures with a team of researchers. She is the granddaughter of Pablo Picasso and Marie-Thérèse Walter.